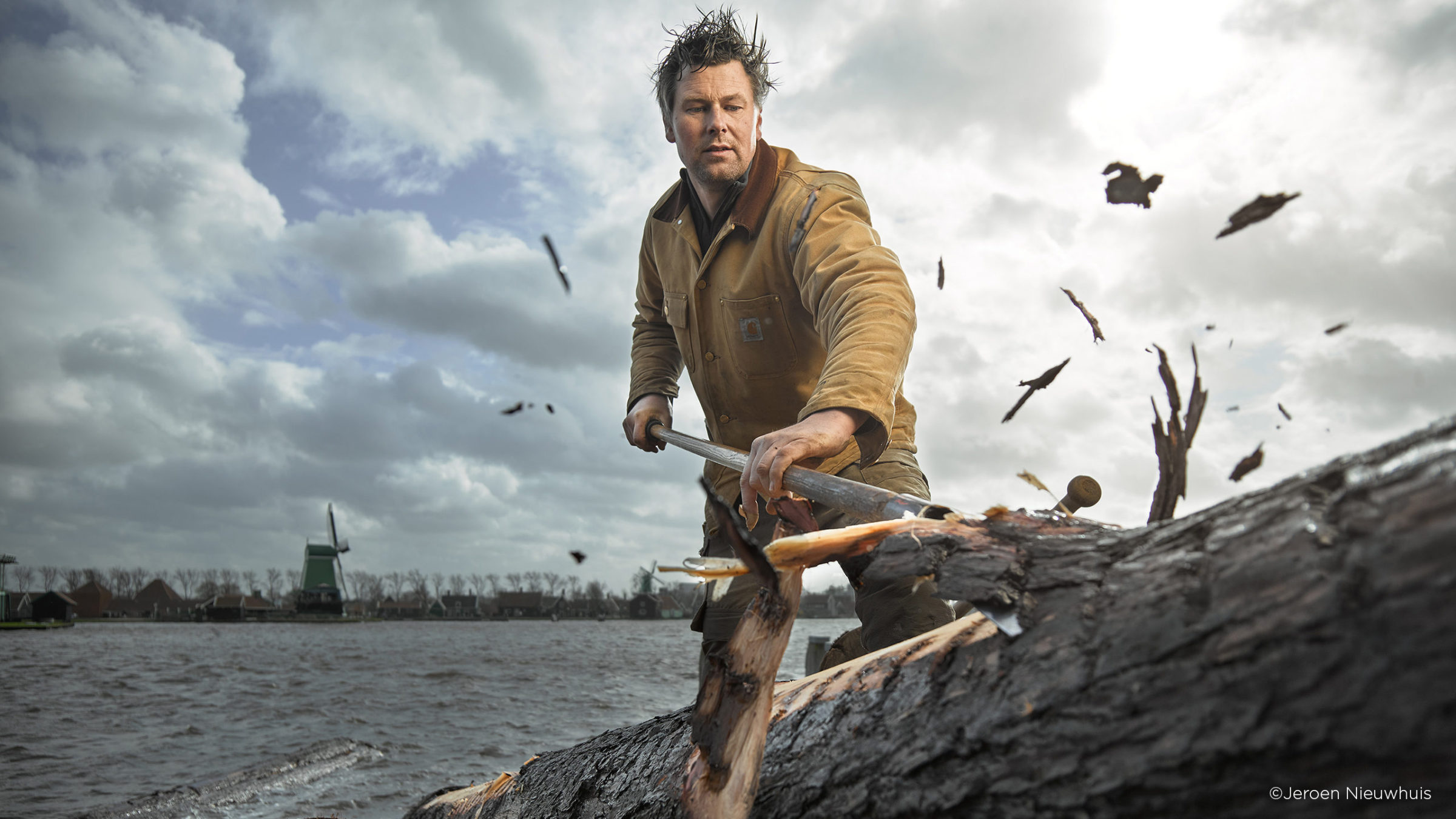 Knights of the windmill, a tribute to the miller’s craft

Jeroen Nieuwhuis is a commercial portrait photographer based in the Netherlands. Shooting professionally since the age of 17, he continuously works for clients all across the globe and has worked with some of the largest advertising companies such as Heineken, JBL, Harman Kardon, Shimano, Johnnie Walker, and more. Multiple personal projects gained international attention, for example, winning the Red Bull Illume in the category close-up, multiple awards at the Prix de la Photographie Paris, International Photo Awards, and the ND Awards.

Can you tell us about yourself and how you got started in photography?

My name is Jeroen Nieuwhuis, I’m a photographer based in the Netherlands and specialize in commercial and portraiture photography. I started photography at the age of 11 through my love for skateboarding. As a skateboarder, you want to learn new tricks, and back then you looked at skateboard magazines and DVDs to see how the pros do it. But I quickly realized that a professional skateboarding career wasn’t an option (I wasn’t that good), so I tried the other thing that fascinated me and that was the way the photos in skateboard magazines were shot. Every time I went out skateboarding with my friends, I brought my 0.3 megapixels camera I bought with my birthday money to try and recreate the images I saw in the magazines. In my early years of shooting, I was determined to become an action sports photographer. But over the years trying out different genres of photography I found my love in commercial/editorial/portrait photography. Shooting professionally since the age of 17 (now 29), I now work for clients all across the globe, and have worked with some of the largest advertising companies.

Nowadays I draw most of my inspiration from videos. I can lose myself on Vimeo for hours watching short films, documentaries or commercials. One of my biggest inspiration is the work from cinematographers Khalid Mohtaseb and Paul Meyers. You can watch a film/commercial from them and pause at any given time and you end up with an amazing still image. I highly recommend checking out their work.

Tell us about the Zaanse Schans commission. What was the project about, how was it conceptualized and shot, and what is the ultimate goal of the series?

At the beginning of 2020, I was commissioned by the ‘Vereniging de Zaansche Molen’ to capture the miller’s craft. Since 2017, the miller’s craft has been included on UNESCO’s list of “the Intangible Cultural Heritage of Humanity”. These images are taken at windmills located on the Zaanse Schans – one of the Netherlands’ most popular tourist attractions.

There are literally millions of pictures of the windmills on the Zaanse Schans, but one thing that is often overlooked is the massive amount of labor that the millers provide each and every day to keep these historical wind machines in full operation.

I had the honor to capture the miller’s craft that played an important role in the history of the development of the Dutch industry. During the 17th century, more than 600 windmills were constructed in the area around the Zaanse Schans, creating the first industrial zone in the Netherlands. The windmills were used to grind spices, produce paint, saw wood, and make oil. To make mills work, millers are needed, and their training is extensive.

The goal of these images, taken at the Zaanse Schans, is to spur interest in the new generation to conserve, learn, and work with these historical wind factories.

The shooting conditions weren’t always easy, to say the least. Call times before sunrise to after sunset, small spaces, difficult lighting situations, places only accessible by boat, cold temperatures, and extremely high winds really made it challenging. The good part was that these extreme environments provided some incredible light and skies in the background.

The client had seen my work online and wanted the same look I use for my personal projects. I thought that was an excellent fit, because it really shows the purity and roughness of the subject. 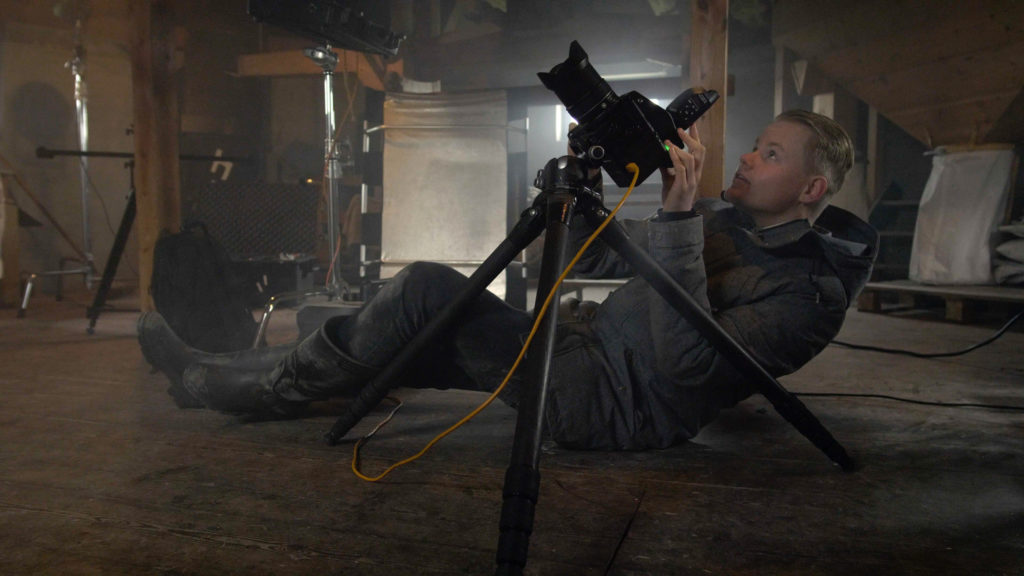 What equipment do you use, and what do you like about it?

The Phase One XF Camera System with CMOS sensor allows me to use a higher ISO setting to work in lower light settings. I find the images on ISO 800 are still really workable combined with a noise reduction in Capture One. This feature was really important in this project because we had a lot of dark scenes inside the windmills. Boosting up the ISO was essential for capturing the right mood. I used a variety of lenses from a wide angle (Schneider 28mm F4.5 LS) to more standard lenses, Schneider 45mm F2.8 – 55mm F2.8 LS and 80mm F2.8 LS. During the entire project, I tethered my camera to Capture One. This allowed me and my crew to see the images directly during the shoot and quickly adjust anything we didn’t like. It also provided the client the ability to have a sense of what the images look like and give direct feedback.

Why was Phase One the right tool for this commission?

I find the level of detail and sharpness this camera setup provides is something I just couldn’t get any other way. The larger sensor gives a smooth transition in the depth of the field that gives an almost painterly look to the images. This is the perfect combination for my style of lighting a photograph.

Do you have a favorite image, from any project, that stands out in your mind? Which one and why?

I don’t really have a favorite image in my portfolio but I do have a favorite project, which contains a lot of my favorite images. Even in the modern world of today, some people feel more at home in the mountains than in society. They want to live on the trail, hunt and survive in the wild. These men call themselves “The Mountain Men”. They try to live exactly as the original Mountain Men did between 1804-1840. Endless hours are spent on all their clothing, (hunting) gear and skills to ensure that everything is 100% historically accurate.

They don’t simply go camping for the weekend in summer but choose to live (survive) in the worst weather conditions mother nature can throw at them… In the past four years, I have documented this extraordinary group. From the extremely cold winters in the north of America through to the extreme heat and drought in Tennessee. The result is a book of more than 200 pages, including over 150 high-quality images, beautiful historical narratives and captions scheduled for release at the end of 2021.

What is your dream project?

My dream project/client would send me all over the world to capture people with interesting stories/craftsmanships for the promotion of their brand and use the images on a global level for everyone to see. This can be a clothing brand, agricultural brand et cetera. When I get the call, I will probably be so excited that I won’t sleep for a couple of days, haha!